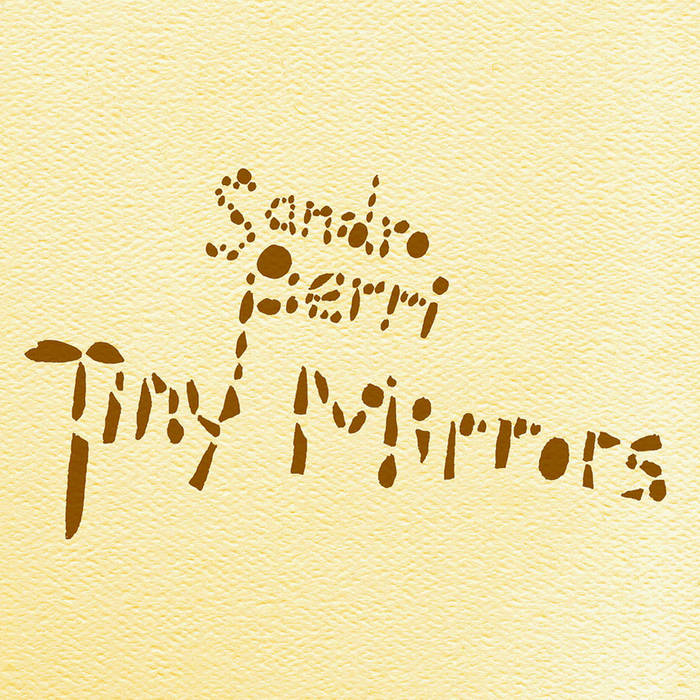 Following an EP on Constellation in 2006, this is the first full-length recording by Sandro Perri under his own name. Working with some of Toronto’s finest avant and improv players, Sandro fully re-invented himself as a singer, lyricist and guitar player, and Tiny Mirrors was the culmination of this transformation – a highly personal collection of songs, shaped by an utterly original approach to composition, performance, and melodic and vocal phrasing. It incorporates elements and sensibilities – albeit in subtle hues – as diverse as Vanguard-era Skip James (and his weary falsetto), post-tropicalia Caetano Veloso (the compositional twists), and the 60s-era axis of hybrid songwriters like Tim Buckley, Tim Hardin, Harry Nilsson and Fred Neil (whose “Everybody’s Talkin’” is covered here, re-cast as a rumination on the ‘epidemic’ of second-hand experience). Perri’s simultaneous guitar and kick drum playing is complemented by the cracked wah guitar of labelmate Eric Chenaux on several tracks, with brass, reeds, woodwinds, keys and percussion filling out the arrangements, courtesy of regular bandmates Ryan Driver, Marcus Quin and John Jowett. A handful of other Toronto players contribute on drums, trombone and cello.

Crucial to the album’s sound is the fact that Perri gave up much control to the group dynamics, allowing some of the arrangements to develop out of the players’ natural tendencies towards improvisation. Overall, Perri strikes the perfect balance of sophisticated writing (melodically and as a lyricist) and, with the help of his band, deceptively effortless, relaxed, unconstrained performance. These songs abound in subtle texture and flourish, and the burbling swirl of instrumental work is a through-line to his earlier recordings as Polmo Polpo, where a similarly simmering brew of interweaving melodies yielded such an original and seductive take on ‘electronic’ music. Tiny Mirrors pulses and froths and lounges and glides with inimitable ingenuity, genuineness, substance and style.

Recorded and mixed at Hallamusic in Toronto by Jeff McMurrich, Oct. 2005-Oct. 2006. Tracks 2 + 4 plus additional overdubs recorded at The Honey Pot in Toronto by Sandro Perri. Mastered at Grey Market by Harris Newman.